So apparently when Cameron Diaz has something, we all want it. And I am not just referring to Justin. Granted they did break up, but that’s a whole other blog. What I am referring to are stripes. I have alw

ays found Cameron to be some sort of a pioneer when it came to trend setting (almost like Kate Moss in skinny jeans circa 2003). Cameron was wearing stripes back in the day when we were still rocking Boho chic (whatever happened to all those prairie skirts anyways?)

The emergence of the nautical trend began in stores last year and has come back like a wave (no pun intended). Roberto Cavalli and Zac Posen had stripes in their spring 2006 runway shows. Giorgio Armani was ahead of the times, when his models sashayed down the runway for his Spring 2004 RTW show in nautical stripes.

The good news is that this is a very doable and wearable trend. And the cherry on top: most bargain stores are offering stripes in various shapes and sizes. You have the white, navy and red prerequisites in tops and bottoms. Some are even venturing with the yellow stripes (Bedo). The nautical inspiration is also giving us the colorful double breasted pea coat (Joe Fresh Style $39.00), the sailor pant (Costa Blanca $39.50) and the Rope belt. Not sure about the la

st one but to each his own.

In any case, we all know you don't have to spend thousands to look like a million bucks. Here are a few suggestions as to where you can obtain the look for less, and still have some money for an extra, much needed pair of cobalt blue wedge heels (or something…)

For any questions, special requests or comments: thelookbook@gmail.com 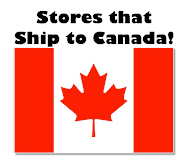 Posts of the Past

Where I Get My Fix

Get Your Lookbook Fix

Blogs that are on a roll...

Covet the Style of...